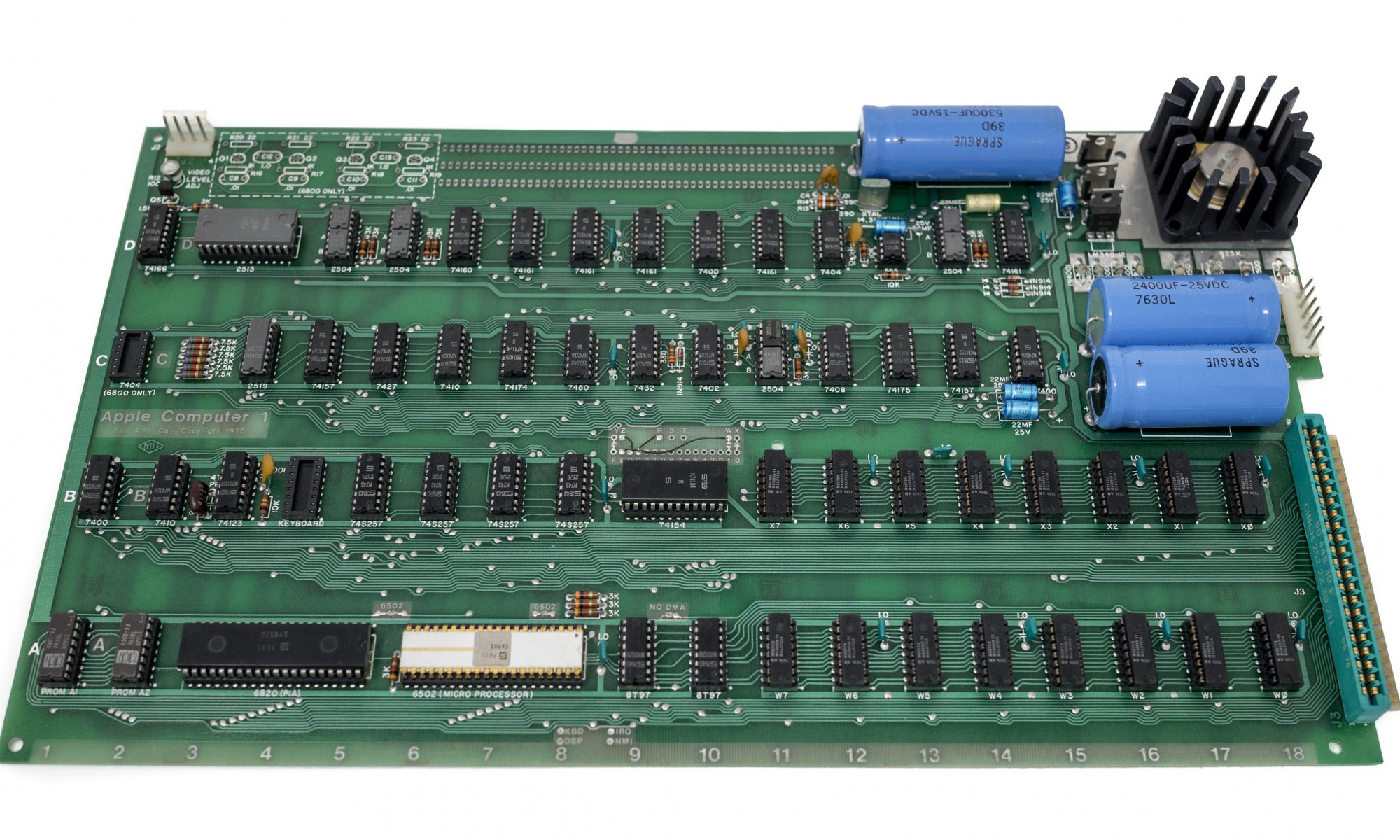 A few weeks ago I became the proud custodian of an original 1976 Apple-1 computer. I collect vintage Apple computers, and for collectors like me the Apple-1 is the holly grail. I’ve been on the lookout for one for more than 20 years and the stars finally aligned to make acquiring one possible. 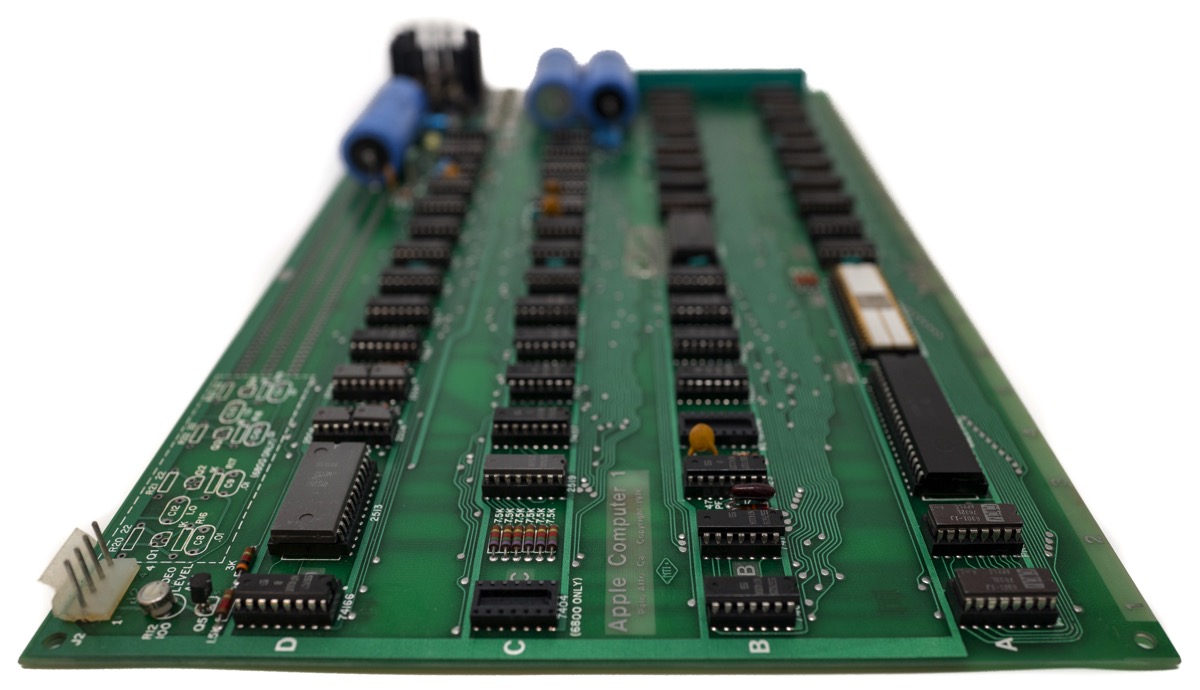 The Apple-1 was not a commercial success, with less than 200 units sold in just over one year; but it was the reason that the Apple Computer Company (as it was known at the time) was founded and was pivotal in Apple securing venture capital to develop the Apple ][, it’s first mass market personal computer. 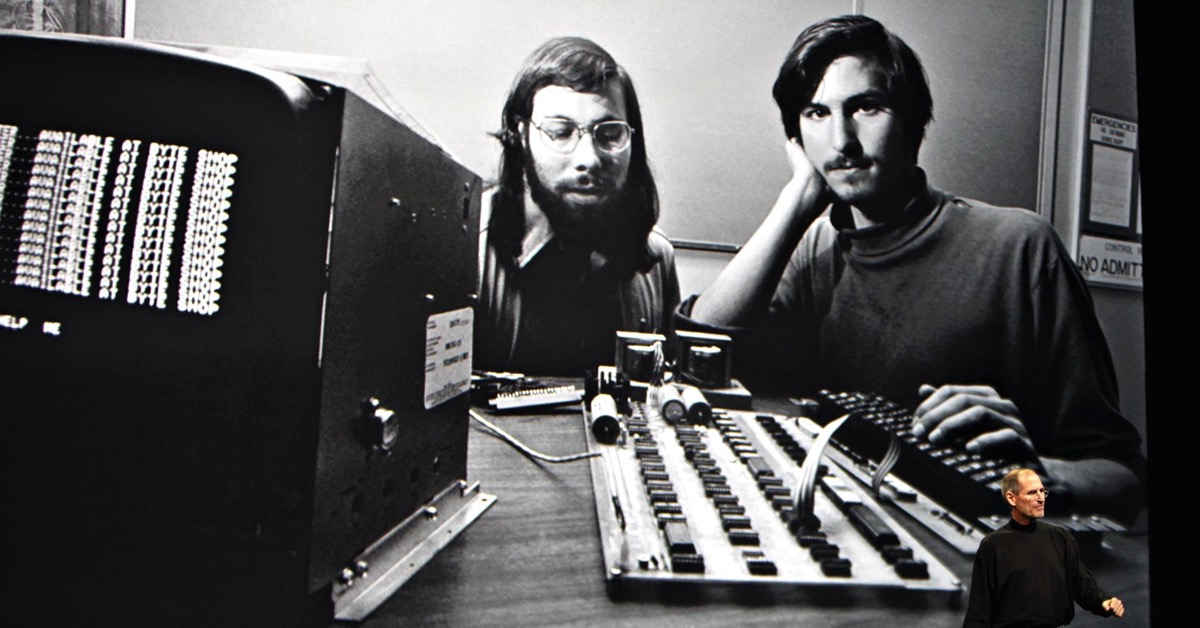 The story of how the Apple-1 came to be is well documented, but the individual histories of the ~200 Apple-1s that were manufactured are a little less clear. Luckily, there is an excellent online registry of original Apple-1 computers, originally created by Mike Willegal and now maintained by Achim Baqué. My Apple-1 is listed as #67 on the registry. There is also a dedicated Apple-1 online forum for owners and enthusiasts at Applefritter.com.

The Apple-1 was sold as a fully assembled motherboard in a cardboard box. The chips on these boards were hand populated by Steve Jobs’ family and friends in his parents’ house. They were then taken to the garage where they were tested, and repaired if necessary, before being shipped to a handful of retailers in the US who sold them. The Apple-1 did not come with a case, keyboard, monitor, data storage device, or transformer. It was up to the retailer or the buyer to source off-the-shelf components to complete a working systems that would have typically looked like this: 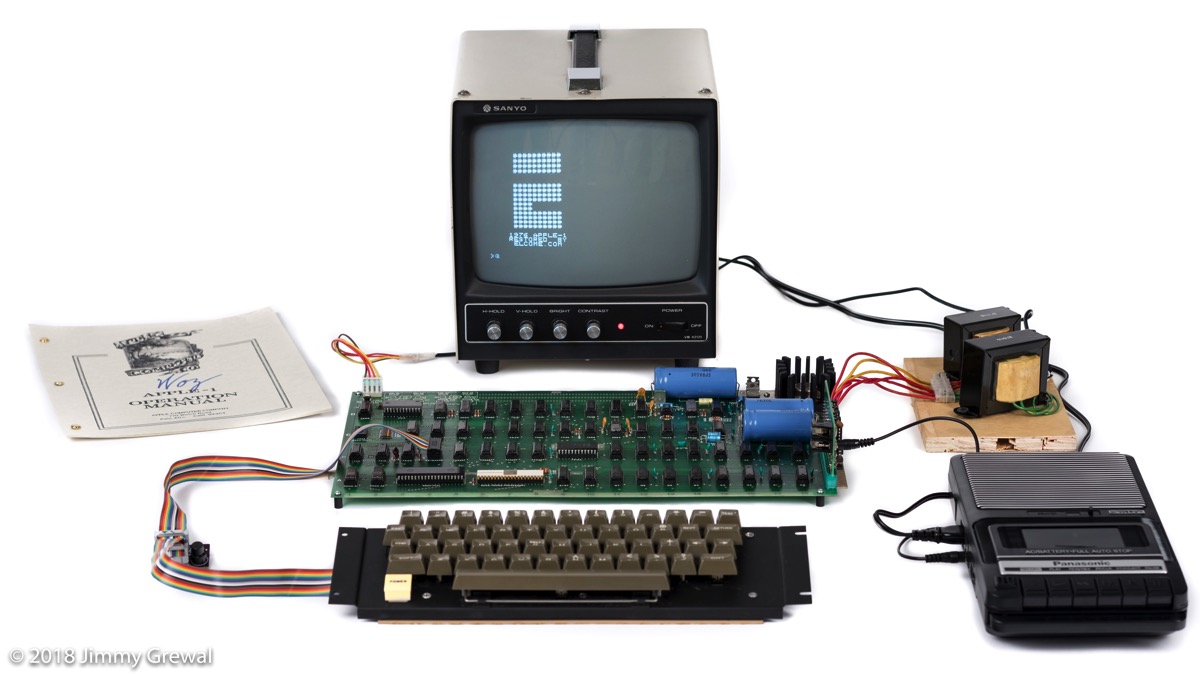 In recent years, the value of Apple-1 computers as increased significantly with recent auction prices averaging in the $350-$500k level and as much as $900k. My focus, due to budget constraints and not being totally bonkers, had been to acquire the “runt of the litter” so-to-speak and leverage the excellent PCB repair ability we have in-house at Elcome to restore it. Here’s a video documenting the process of restoring this particular Apple-1 to working condition:

We got lucky with this board. Underneath a coat of grime and sticky residue was a pristine & unmodified board that we were able to get working without replacing any of the original components. Due to the age of the components, I don’t plan on powering up this Apple-1 a lot, but it’s actually good for it to be used every couple of months to prolong the life of the capacitors. There’s not a whole lot you can do with the Apple-1 compared to the Apple ][ or modern personal computers, but we’re working on an IP interface to make it easier to load software rather than the present method of using audio files or typing them manually. Having previously assembled a couple of Apple-1 replicas allows us to experiment more easily.

The Apple-1 basically completes my collection of vintage Apple computers. I have my favorites from my collection displayed in my office: some out in the open and others a bit more discretely. 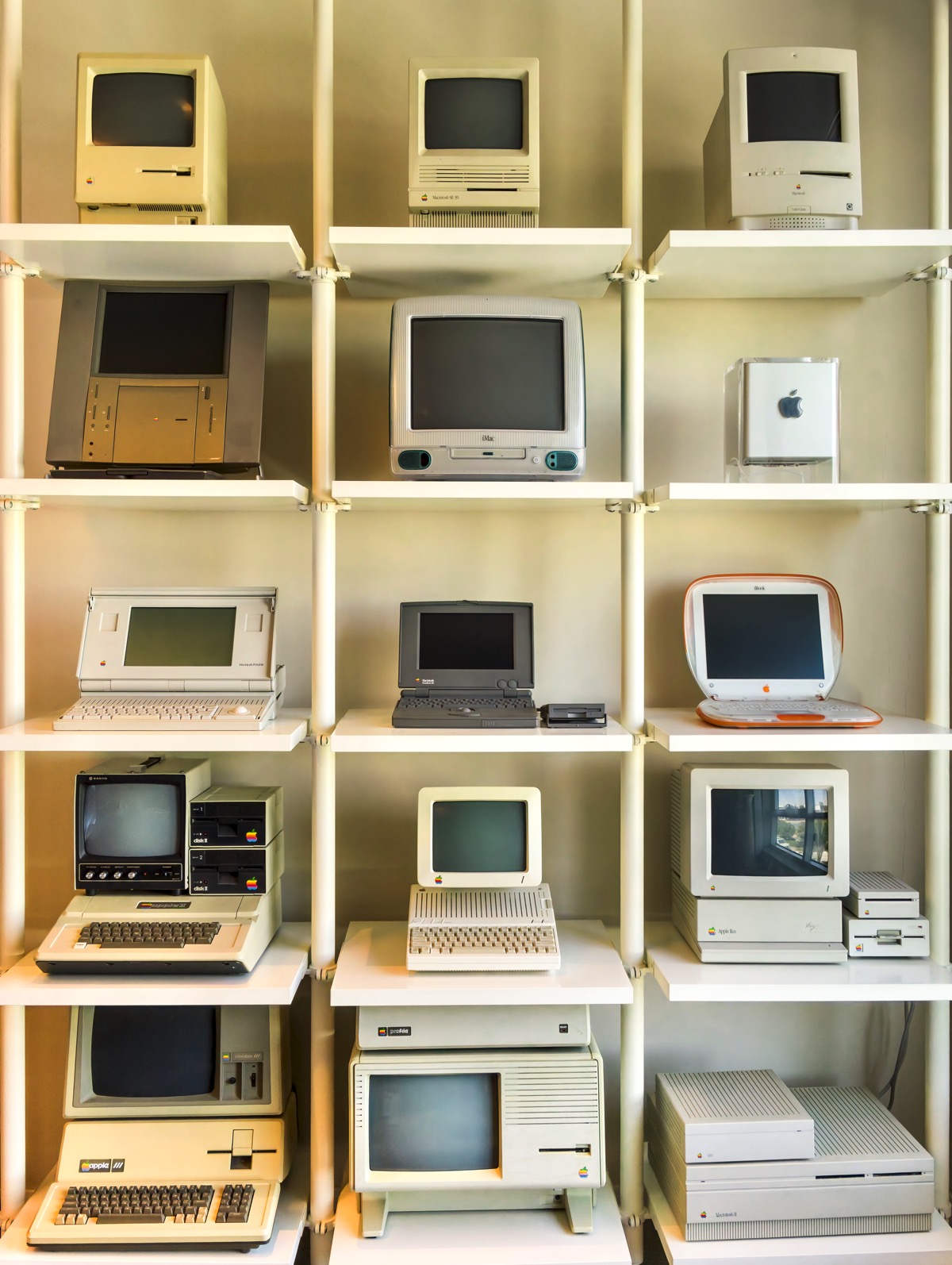 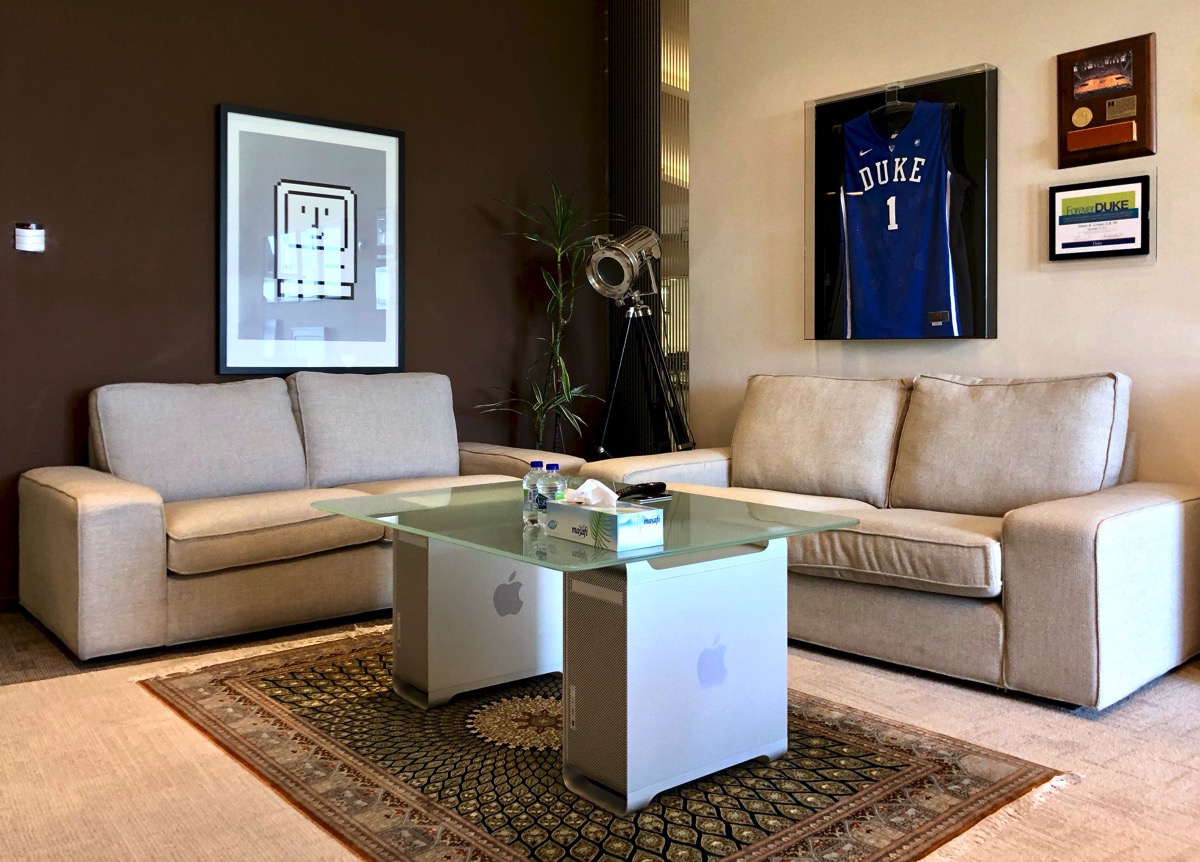 I plan to put together a blog post about each of the computers in the wall display above at a later date…hopefully before the decade is out. I’ve owned some since they were new, and others were acquired specifically for my collection. I haven’t yet figured out how I’m going to display the Apple-1 in my office…I’m saving that as a summer project.

My longterm plan is to partner with a public venue, like a museum, to display this Apple-1 so that anyone can see it and learn about it, the people who created it, and the technological revolution that it sparked. Until I find a permanent home for it, I’m exploring sending it on tour for temporary display at smaller museums…once I sort out all the insurance, transport, and import/export issues involved.

If you have any questions about this Apple-1 feel free to reach out on Twitter.

My third attempt to photograph the Orion Nebula...

It’s been two years since this #apple1 computer

Testing out the new astrophotography rig!